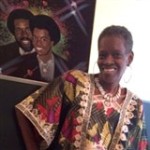 Vicki Frederick is a top public relations agent with experience spanning multiple fields, from artist development to series and theater production and creation to teen mentor. She got her start in the entertainment industry managing her three children, and became very involved in casting for Law & Order, New York Under Cover, and various commercials. With her connections and networking abilities, she eventually became involved in event planning, and moved to Florida to start Urban Rascals, a project doing teen and children’s productions to provide them with a positive message.

Ms. Frederick loves helping people and making a difference in someone’s life. She hopes that Urban Rascals can gain popularity so that she can continue to get a positive message out to the world. Ultimately, she wants to be remembered as a strong, persistent woman, who tried to help others even if there were obstacles in the way.

Most recently, Ms. Frederick has set her sights on sharing positive messages and reaching out to others through books. She recently released her first children’s book, “A Children’s Wonderful World,” on Amazon, which tells the stories of two children, one who lives in Africa and one who lives in the United States.