Five years ago, Pamela Henderson created and founded the nonprofit, All Roads Lead 65 Max Foundation, which works to find funds for other nonprofit organizations that provide direct services to help people who are poor, sick, homeless, and in need. The foundation also conducts fundraisers to raise additional resources. She loves helping people, and even mentors young girls from the ages of 12 to 17. She considers the founding of All Roads Lead 65 Max to be her greatest career accomplishment.

Ms. Henderson believes her greatest strengths to be her leadership and teaching skills, as well as her desire to succeed. She hopes to gain more exposure moving forward, and would like to be known for establishing the foundation and being a woman who was always helping others. In addition to her work with the nonprofit, she also participates with the National Notary Association and the NAACP. Her successful career thus far was acknowledged by induction into Cambridge Who’s Who and the Notary Rotary. Ms. Henderson collects foods for Funds2Orgs and also likes to exercise and attend networking events in her spare time. 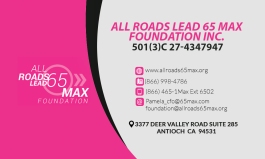 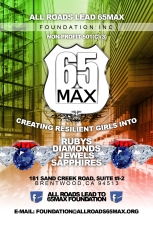 This entry was posted in Nonprofit Services and tagged business development, Fundraising, leadership. Bookmark the permalink.