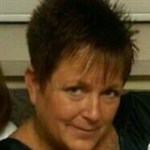 Heidi Zarka has 24 years of experience in law enforcement, with 16 years as a probation agent for the Michigan Department of Corrections. She became involved in her profession because she studied criminal justice and toured different prisons while in college. Her areas of expertise include corrections, supervision and probation. In her role, she is responsible for overseeing both home confinement programs and alcohol monitoring systems, including the SCRAM Tether.

The highlight of Ms. Zarka’s career was being presented with the Liberty Bell Award by the State Bar of Michigan. She was recognized for her work while serving as a probation officer for the 16th Circuit Court Drug Court program. She has also received a great number of awards and letters of recognition and commendation from her supervisors and peers for her hard work and dedication. Ms. Zarka attributes her success to treating others the way she would want to be treated. Looking to the future of her career, she hopes to soon obtain a supervisory position within the department.