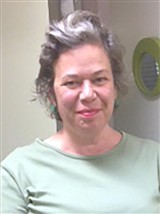 Initially, Cheryl Yarek became involved in her profession because she had developed a mental health issue, and was focused on herself and her concerns. She chose to volunteer in the mental health field to channel her energies in other ways. In 1985, Ms. Yarek began serving afternoon tea to patients at the Queen Street Mental Health Centre, and then worked for the Clarke Institute, where she was responsible for helping clients find part-time positions.

Ms. Yarek’s third volunteer job was with a telephone distress center, where she remained for two and a half years. She was then convinced to pursue a career in mental health, so she returned to school and obtained a degree in psychology. Since 1990, Ms. Yarek has worked full time in the field of mental health.

The most gratifying aspect of Ms. Yarek’s career thus far has been overcoming two recoveries in 1984 and 2011 that empowered her to help others with mental health issues. Throughout 31 years in her career, she has become an expert in mental health, case management, and mediation. Ms. Yarek has only been a peer support specialist at Trillium Health Partners for two years, and her efforts has greatly increased their business and client development.