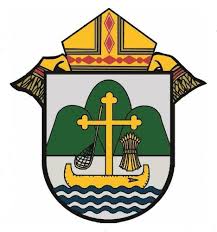 Initially, Therese Boisvert became involved in her profession after working in the medical field for more than 26 years, and has stood out because of her work ethic and education. She attributes her success to the support she receives from her parents and older brother. Her greatest career achievement was receiving a master’s degree, and leaving corporate America to work at the church. The highlight of Ms. Boisvert’s career was starting her new position with The Roman Catholic Diocese of La Crosse, and being able to utilize all of her skills.

Prior to her position with The Roman Catholic Diocese of La Crosse, Ms. Boisvert worked at Gundersen Lutheran and conducted alcohol and drug screening analyses, maintained workers’ compensation status reports, scheduled appointments, entered data into the medical software system, and worked closely with companies throughout the U.S. regarding physicals. She will be establishing consistency in the church’s library system.

Ms. Boisvert left the health care field and took her position with The Roman Catholic Diocese of La Crosse because she felt it was a good fit for her. She has always volunteered her time and devotes much of her time helping others. She works with the PCCW in hospitality and policy. She volunteered for eight years with the education committee. She works with the students, and always tries to make a difference. Over the years, she watched children so that families would be able to go to church. In five years, Ms. Boisvert aspires to continue to work with the diocese and be able to make a difference.